A Restaurant Serving Steak, Seafood, and Cocktails Opens Next Year at Westside Village

The team behind Marlow’s Tavern opens the Woodall in January at the developing Westside Village at Moores Mill complex on Marietta Boulevard. The restaurant (named for a creek bordering Moores Mill) resides inside an old brick warehouse on the property and serves a menu of steaks, seafood, and cocktails.

John Metz, executive chef, CEO and co-founder of Sterling Hospitality, which operates Marlow’s Tavern, plans to lead the kitchen alongside chef de cuisine Scott Weaver. Metz describes the design of the Woodall as “nostalgic futurism,” which includes whitewashed brick interiors, modern lighting, and a “brassy-looking back bar.” A patio features banquettes and communal seating with a fire pit.

With the pandemic expected to continue well into 2021, a high-tech air filtration system is being installed in the restaurant and capacity will be limited once the Woodall opens for dine-in service. 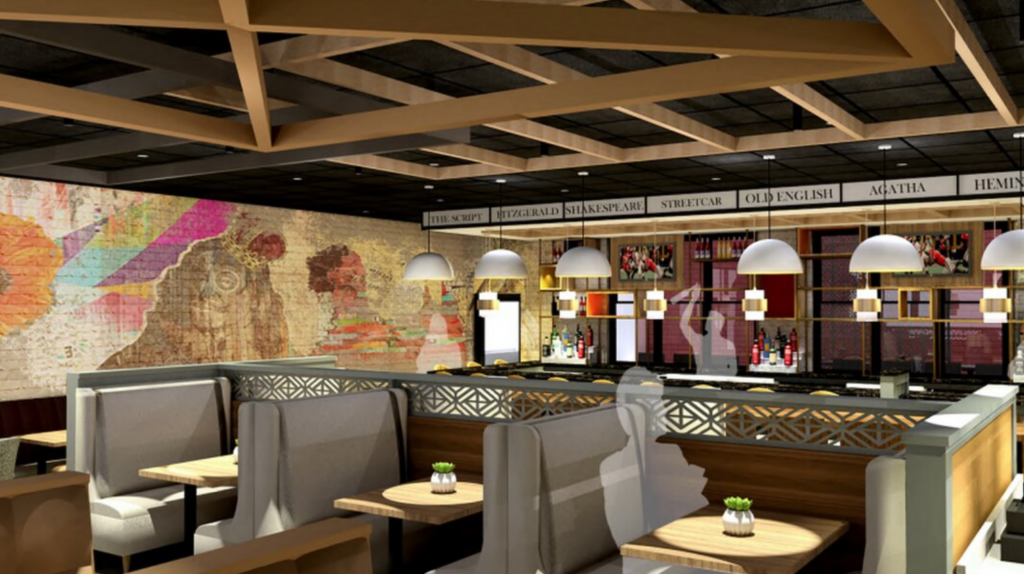 A location of Atlanta-based restaurant chain Ted’s Montana Grill, founded by media mogul Ted Turner, opened at Westside Village earlier this fall. The opening marks the 12th Ted’s Montana Grill location in Georgia, most of which are found in Atlanta’s northern suburbs. The Westside Village restaurant features a bar with folding windows opening onto a ground floor patio, along with shared rooftop space.

Siblings Anita Hsu and Howard Hsu, the owners of Poncey-Highland restaurant Sweet Auburn BBQ, still plan to open Amar Bien at the complex next year. Anita Hsu previously told Eater Amar Bien would be a full-service Mexican restaurant emphasizing vegetables on its menu and include a full bar opening to a shared breezeway with a fire pit.